Dr Ranj Singh on burnout, saying ‘no’ and living with long Covid

Paediatric consultant Dr Ranj Singh is usually the one handing out health advice on TV, but health professionals are notorious for not prioritising their own wellbeing, he says.

We caught up with ITV’s Dr Ranj to talk about work pressures, brain fog and why having a night-time routine is so important.

Alongside his TV work, the 42 year old is a part-time NHS consultant in children’s A&E  which he says is:

“I love doing it and I’m very lucky to be able to do it, but it can be stressful.” 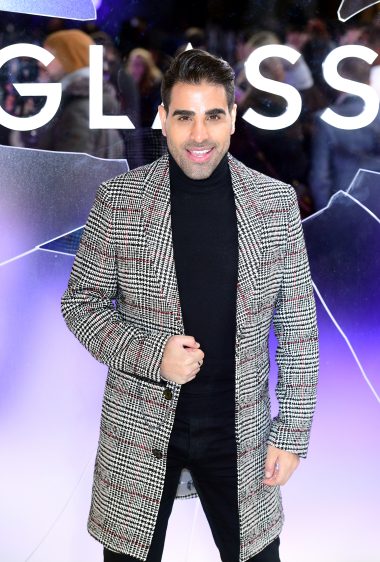 Having suffered from burnout five years ago, he knows the dangers of pushing himself too far at work.

“Initially, it feels just like stress, but then it obviously progresses and starts to affect your life a lot more significantly. I realised that I wasn’t able to give my job 100% and I was really, really struggling. For me, time management became a real problem – and it’s never been a problem for me before. I had to stand back and think, ‘hang on a second, something’s not right’ – I’d hit that burnout point.”

Thankfully, he had good senior support at work and was able to take time off to get back on his feet.

“The best thing for me to do was give myself some space and breathing room to process. But I’m glad I did, because it really, really helped.”

But, he says, there’s “too much shame and stigma attached [to burnout] – particularly for health professionals…. Sometimes we’re the least likely people to ask for help”.

So, taking breaks has become key to Singh’s wellness routine – on top of “a normal balanced diet, as much activity as I can, and I look after my sleep – those three things are core to everything”.

But “self care for me isn’t just about the things I do to myself, it’s the environment in which I exist” – and that’s something not enough of us pay attention to, he says.

A new study of 2,000 people by Breville found that 46% had never heard of indoor air pollution – yet it can be harmful to our health, says Singh.

“Indoor air, the air that’s inside our homes, can sometimes be three and a half times more polluted than outdoor air.”

Lighting candles, using a wood-burning stove and chemical cleaning products can all contribute to poor air quality – and can generate gasses that can exacerbate underlying medical problems like, asthma, bronchiectasis or wheezing.

“Poor indoor air quality also contributes to long-term conditions like heart disease and stroke, and can even increase your risk of those sorts of things. So, it’s not something we can ignore,” he explains.

Air quality is obviously important in the fight against airborne infections like Covid, too. Singh was diagnosed with long Covid last summer and although he’s “coming through the other end of it” he’s suffered with brain fog as a result.

“The way it manifests for me – and it’s different for everybody – is that my memory isn’t as good, my concentration gets affected and any kind of higher or executive thought for me is more difficult. That’s why work became particularly tricky – and then it led to an anxiety, which I’d never really experienced.”

He’s also found lasting limitations in the amount of exercise he can do:

“I might get tired or breathless quite quickly, but that’s getting better. I have to be mindful I don’t push myself too hard, too quick – when it comes to long Covid, that can actually set you back and delay your recovery.

“I try to pace myself as best I can, I’m a ‘yes’ person, so I like to take every opportunity. But one of the big things I’ve learned particularly through long Covid and brain fog is to say ‘no’ to things and to be OK with saying no – not because I want to, but because I can’t.

“I think a lot of us struggle to admit that actually we are only human – we can only do so much and and sometimes pacing yourself and slowing down is just as important as achieving things.”

Looking after his mental health has been “an active learning process” (he opened up to Attitude UK about the “lowest point in his life” and feeling like “a very sad, destructive, angry mess” after breaking up with his wife in 2009 and coming out).

“For me, routine is really important. It’s about being as productive as I can be within my means and within my energy levels, also taking breaks and giving myself space to breathe. [Then] leaning on and talking to the people around me when I need.

“In the evenings, it’s all about slowing down. Not doing things that are too stimulating, having a bedtime routine. I’m one of these people who has to relax, have a shower, maybe watch something relaxing before going to bed.

Men, particularly, don’t always dedicate enough time for their own self-care, he agrees.

“I don’t think men have been given permission! Sadly, the traditional narratives have been that as a man, you have to pull your socks up, get on with it and not complain; be the leader, be the strong one, don’t show your emotions – that narrative is really harmful, really toxic.

“I think it’s important for us to give men and young boys permission to express themselves to talk, especially when they’re in need of help. And also just normalise the fact that boys feel too – men feel as well.”

Strawberry Moon: what is it, when can you see it and what could it mean?