What films should you look forward to when cinemas reopen?

With cinemas due to reopen in under a month’s time, there are scores of films to get excited about. Laura Harding runs them down. 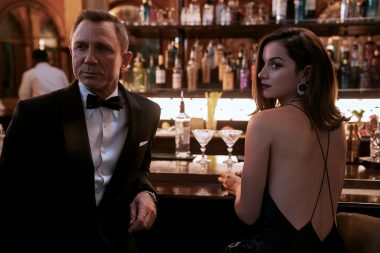 Film fans have faced much false hope in recent months, but long stretches spent waiting to get back in a cinema should soon be coming to an end.

Many of the most anticipated films of 2020 – including the latest James Bond outing No Time To Die, Marvel’s Black Widow and the long-awaited Top Gun: Maverick – were delayed due to the onset of the pandemic, and then delayed even further when cinemas were forced to close their doors yet again as a result of lockdowns.

It does mean there’s a slew of blockbusters waiting in the wings for when we can return to multiplexes though.

Under the current government road map, cinemas are due to reopen in England and Scotland from May 17 and dates in Northern Ireland and Wales will hopefully be announced soon.

Early doors, there are some huge films jumping from the small to the big screen. Oscar winner Nomadland, a poignant and poetic look at a woman who embarks on a journey through the American West while living in a van, scooped best picture and best actress for Frances McDormand, with Chloe Zhao at its helm becoming the second woman in history to win the best director prize.

It’s already available on Disney+ but will also hit cinemas from May 17 and the beautiful vistas alone make it worth seeing on the big screen.

There will also be a chance to see another Oscar contender Sound Of Metal with the cinema-quality sound it was intended to deliver. Starring Riz Ahmed, who was nominated for best actor as a drummer losing his hearing, it’s available to stream on Amazon Prime Video but the fact it won Oscars for its sound and editing should tempt people to seek it out in theatres. 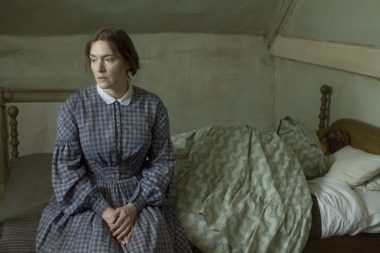 Period drama Ammonite, starring Kate Winslet and Saoirse Ronan, will also get a cinema release from May 17 (you can currently rent it online), offering audiences the chance to admire its sweeping landscapes in a darkened room. Winslet plays the real-life self-taught palaeontologist and fossilist Mary Anning, opposite Ronan as melancholy young newlywed Charlotte Murchison.

The film, directed by God’s Own Country’s Francis Lee, is not strictly a biopic, as Anning’s romantic preferences are lost to history, but the movie depicts a same-sex romance between the pair in the 1840s.

Audiences will finally get a chance to see Sir Anthony Hopkins’ Oscar-winning turn in The Father from June 11, as Florian Zeller’s adaptation of his acclaimed play reaches these shores.

Sir Anthony stars opposite Olivia Colman in the film, playing a man slipping into dementia and was rewarded with the best actor prize at both the Baftas and the Oscars. 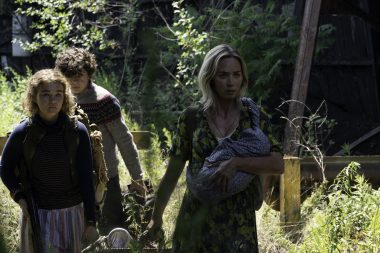 June should also bring A Quiet Place II, the follow up to John Krasinski’s directorial debut, about a family forced to live in silence to hide from monsters, with Peaky Blinders star Cillian Murphy set to join Emily Blunt in the cast.

Disney will start to unleash some of its big hitters from May 28, when Cruella is released in cinemas and on Disney+ (for an additional fee with Premier Access) on the same day. It stars Emma Stone and tells the origin story of the dognapping villain from 101 Dalmatians.

Musical fans should be dancing in the streets in June with Hamilton creator Lin-Manuel Miranda’s earlier musical In The Heights finally arrives in cinemas starring Anthony Ramos, who was also part of the original Broadway cast.

Disney will deploy the same strategy for Black Widow as it did for Cruella, as Scarlett Johansson’s superhero finally gets a standalone film, which sees agent Natasha Romanoff return to Russia to confront the ghosts of her past. The film will launch in cinemas on July 9.

July will also mark the arrival of Fast And Furious 9; John Cena will join the family, led by Vin Diesel, while Charlize Theron and Dame Helen Mirren also return. Plot details are being kept under wraps but it has been revealed that WWE star Cena will play Diesel’s on-screen brother and arch nemesis. 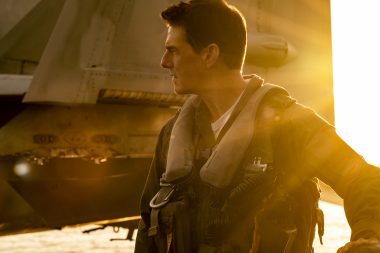 Top Gun fans have been feeling the need for speed for quite some time now, but hopefully all their dreams will come true when Top Gun: Maverick, a sequel 35 years in the making, roars into cinemas on July 20.

Tom Cruise is back in the pilot’s seat as Pete “Maverick” Mitchell and Val Kilmer reprise his role as Tom “Iceman” Kazansky, while Jon Hamm, Miles Teller and Glen Powell join the cast.

Surviving members of the Suicide Squad reconvene in August, with Margot Robbie back as Harley Quinn and Idris Elba, Peter Capaldi and Pete Davidson joining the gang, before Marvel film Shang-Chi And The Legend Of The Ten Rings and Respect, the Aretha Franklin biopic starring Jennifer Hudson as the late, great singer, arrive in September.

Have we ever waited for a film as long as we have waited for No Time To Die? Daniel Craig’s final outing as 007 has been delayed, delayed and delayed again, but that agonising wait will (hopefully) end on October 8.

It finds Bond after he has left active service and is enjoying a tranquil life in Jamaica when his old friend Felix Leiter, played by Jeffrey Wright, from the CIA turns up asking for help.

The King’s Man, a prequel to 2014’s Kingsman: The Secret Service and 2017’s Kingsman: The Golden Circle, starring Ralph Fiennes, will arrive in December and another pre-Christmas treat will be Steven Spielberg’s adaptation of West Side Story, starring Ansel Elgort and Rachel Zegler as Tony and Maria, due to hit cinemas on December 10.

Fans of the original 1961 film version should be delighted by the appearance from Rita Moreno, who played Anita the first time round and this time will appear as as Valentina, who owns the corner store in which Tony works.

So grab the biggest bucket of popcorn you can manage, cinema is coming back!

What films should you look forward to when cinemas reopen?