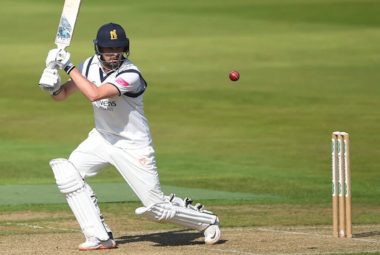 Umpires Rob Baily and Jeremy Lloyds decided no play would be possible after inspecting a saturated outfield and play was abandoned at 10.25am.

There were puddles on the covers and outfield and more heavy rain started falling shortly after the decision was taken.

The two teams both collect 13 points from a game dominated by the bat in which only 16 wickets fell in three days.