How to spot the signs your child has undiagnosed disorders 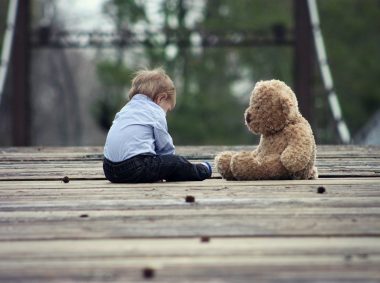 Every child is unique. And therefore sometimes, spotting developmental problems or learning difficulties that haven’t been diagnosed can be really problematic.

It’s more common than you might think for serious issues not to be picked up, too – a 2018 report by the UCL Institute of Health Equity found 40% of people with learning difficulties weren’t diagnosed in childhood.

Take autism, for example – which is a developmental disability, rather than a learning disability, but around a third of autistic children have learning difficulties.

“They can be difficult to diagnose,” explains Hannah Hayward, a neurodevelopmental specialist at the mental healthcare clinic Clinical Partners (clinical-partners.co.uk).

“Although there are many different ways people with autism or ADHD present, there are some key signs which you can look out for, and steps you can take to ensure your child gets the right support.”

Other potentially hidden problems include dyslexia and dyspraxia. But when you’re a parent and not an expert, how can you spot the signs of these fairly common problems?

Hayward says children with autism may have problems with…

Relationships and friendships – difficulty with managing the start and end of friendships, and struggles with conflict resolution.

Transitions – changing to both secondary school and university are huge trigger points for many autistic people, when they’ve seemingly coped well previously,

Senses – autistic children can be both sensory sensitive (uncomfortable with noises, lights, textures on skin, food smells) and sensory seeking (enjoy the feel of certain textures or sniff things). This may mean they won’t eat certain foods, or wear certain clothes, for example.

Intense interests – they may take an intense interest in a run-of-the mill activity, such as applying make-up, but doing it repetitively so it irritates the skin.

Communication – they may have difficulties expressing their needs and emotions.

“Some people go their whole lives without an autism diagnosis and appropriate support,” says Tim Nicholls, head of policy and public affairs at the NAS, “in some cases, developing significant mental health problems like anxiety and depression, and finding themselves in crisis.” 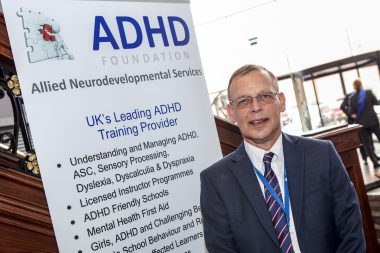 Dr Tony Lloyd, CEO of the ADHD Foundation (adhdfoundation.org.uk) says it’s believed 5.26% of people have attention deficit hyperactivity disorder (ADHD), but only 2.9% of children in the UK are diagnosed. “So we miss 40% of them – mostly girls, as girls tend to be less hyperactive and therefore are often unnoticed.”

Lloyd says children with ADHD may be…

Impulsive – this can make it difficult for the child to manage life’s demands. “This leads to frustration and becoming overwhelmed with emotion,” explains Lloyd.

Inattentive – this can result in poor memory, difficulty organising and planning thoughts, and poor task initiation, which can be linked to educational underachievement.

Hyperactive – some children are hyperactive. Lloyd says this is the least impairing aspect of ADHD, but the one that parents and teachers find the most challenging.

Suffering from linked conditions – ADHD rarely occurs on its own, explains Lloyd – 42% of children will also have dyslexia, and 26% will have autism, or dyscalculia (difficulty with maths), dyspraxia, and tics.

Immature – ADHD leads to a neurological developmental delay of around two to three years, so children with the condition may behave immaturely.

“It’s a myth that all children with ADHD are poorly behaved,” stresses Lloyd. “The hyperactive child will, of course, require greater vigilance from parents and teachers. ADHD isn’t a behavioural disorder, it’s a neurodevelopmental disorder that can significantly impair some children with lifelong consequences if it’s not identified and supported.”

What to do if you think your child may have ADHD

Undiagnosed and untreated ADHD increases the risk of mental health problems in adolescence and adulthood, says Lloyd. If parents are concerned their child may have ADHD, they should speak with their school and GP, and ask for an assessment by a specialist paediatrician, he says.

Dyslexia is a learning difficulty that mainly affects reading and spelling. “Dyslexia is often identified in primary school, however some people’s coping strategies are so good, the dyslexic difficulties don’t become apparent until much later,” says the British Dyslexia Association (BDA – bdadyslexia.org.uk).

“There are some obvious signs, such as a ‘spiky’ profile, which means a child has areas of strong ability alongside areas of weakness.”

Slow speed of processing – causing slow spoken and/or written language. Young children may have difficulty learning to sing or recite the alphabet, and slow speech development, and primary-aged children may do poor and messy written work, confuse similar letters like b/d, p/g, etc, and read hesitantly.

Poor concentration – in young children, this may show in difficulty paying attention, sitting still, and listening to stories, and older children may be the class clown, be disruptive or withdrawn.

Difficulty following instructions – dyslexic children may not seem to listen, and be easily distracted. They may also be poor timekeepers and not good at personal organisation.

Forgetting words – they may fail to recognise familiar words, have difficulty remembering anything in sequence, days of the week, for example, and be confused by the difference between concepts like left and right and up and down.

What to do if you suspect your child has dyslexia

A diagnostic assessment can be carried out by a specialist teacher or an educational psychologist, who will produce a report of the child’s strengths and challenges. The BDA stresses it’s important to work closely with your child’s school – there’s more information on how to do this on the BDA website. 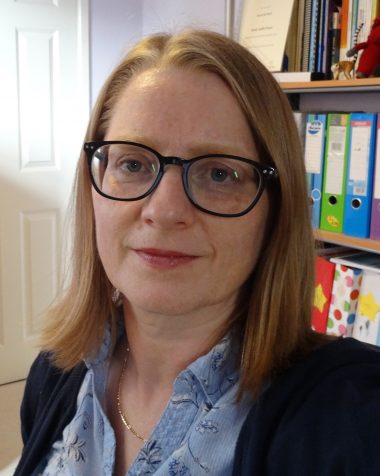 Dyspraxia, also known as developmental coordination disorder (DCD) causes problems with fine and/or gross motor coordination, and affects around 5% of school-aged children. Dr Sally Payne, chair of the Dyspraxia Foundation (dyspraxiafoundation.org.uk) research panel, says: “Poor awareness of the condition means dyspraxia often goes undetected, leaving many families without an explanation for their child’s difficulties, and unable to access the support their child needs.”

The Dyspraxia Foundation says signs of dyspraxia in children may include…

Being slow to reach milestones – “Parents often notice their child is slower than others to reach milestones such as walking, and being able to get dressed independently,” explains Payne. “These skills are eventually achieved, but with more effort and variability in performance.”

Large and small body movement problems – balance and posture may be affected, as well as the ability to grip and handle equipment, including pencils and cutlery. “Poor pencil grip and awkward movements in PE are often early indicators at school,” says Payne.

Poor organisation and memory – many children with dyspraxia have associated difficulties with planning, organisation, time-management and memory.

What to do if you think your child could have dyspraxia

Parents concerned about their child’s development should speak to their child’s health visitor or teacher, to see if they have similar concerns. If so, the child may be referred to the school’s SENCo, or other professionals for further assessment. A formal movement assessment and a medical evaluation are an essential part of diagnosis.

New campaign urges public to get tested twice a week

Sign the official Book of Condolence for Prince Philip